How to get here

Kraljevo is located in central Serbia in the Raska administrative district.

Kraljevo is located in the central part of Serbia and occupies the area around the lower course of the Ibar River and the middle part of the West Morava River, with an area of 1530 km2. It is a natural intersection of land roads and waterways of central Serbia. 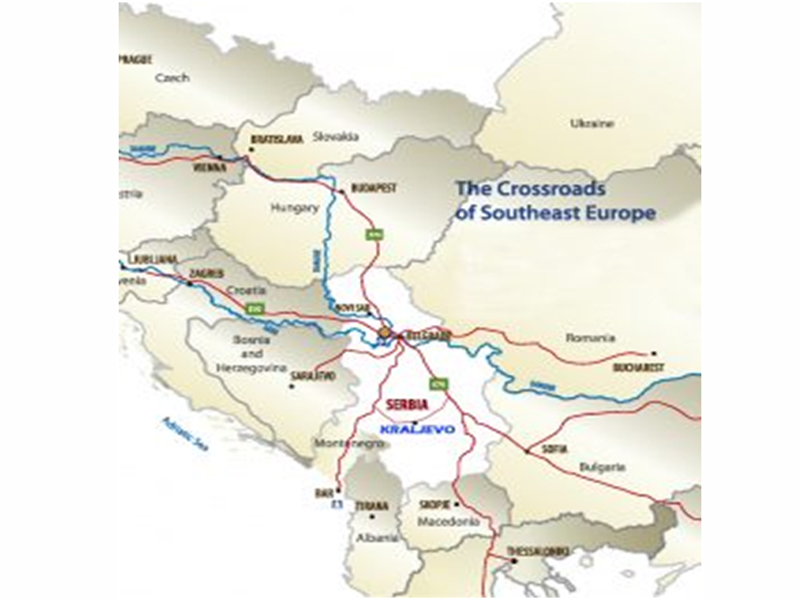 The traffic position of the city of Kraljevo is very favorable. The west-east direction is crossed by the vast, fertile valley of the West Morava. Important rail and road communications lead this valley. From Kraljevo to the east there is a railway and a road in the direction of Kragujevac and further along the valley of Great Morava. These valleys are run by the railways of international importance: Belgrade - Nis - Skopje, respectively Nis - Sofia - Istanbul. In the west direction towards Cacak and Uzice, the city of Kraljevo connects to the Belgrade - Bar highway and its railway. In that direction, via Priboj and Rudo leads traffic bond with Bosnia and Herzegovina to the west.

The most important land roads are: